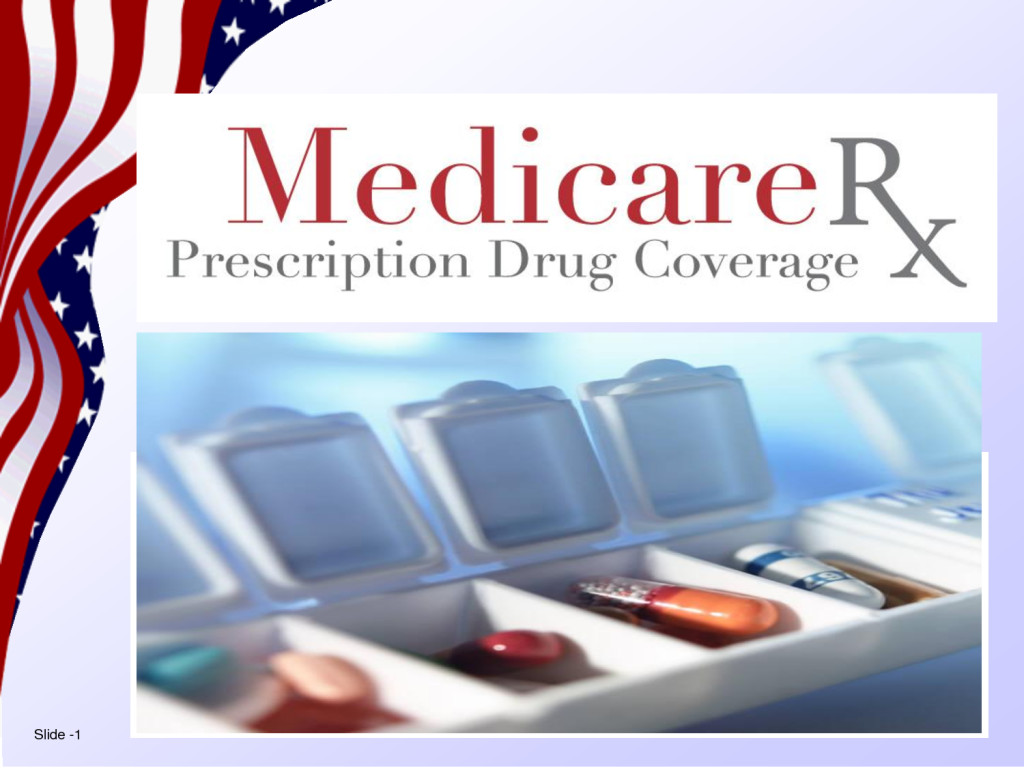 The Medicare Alphabet: What you get with Part D

You thought Part B was complicated? Well, “you ain’t seen nothin’ yet.” Part D is where things start to get really byzantine.
Part D is insurance for outpatient prescription drugs. In other words, you take them yourself, you are not given them in the hospital or in a doctor’s office. Part D was added in 2006, four decades after Medicare was signed into law. It was part of the Medicare Modernization Act. It has may Ifs and Buts.
Part D plans are offered state-wide or regionally. There are many to choose from. One report on the Web says that, in 2013, there were 31 prescription drug plans (PDPs) and 20 Medicare Advantage prescription drug plans (MA-ODs). So, it is wise to shop around each year during Open Enrollment (October 15 to December 7). No plan covers all drugs and different plans cover different drugs.
There are phases and tiers and donut holes to be aware of when you sign up for Part D. There are also penalties if you don’t sign up at the appropriate time. Of course, you have to be signed up for Parts A and B to be eligible.
4 phases during the year
The phases that your coverage goes through are:
1. Deductible
2. Initial coverage
3. Coverage gap
4. Catastrophic coverage
You may only go through the first two in any given year, but it is smart to know about all four. Each plan may have an annual deductible. (We will cover costs in the next blog.) You pay full price for your drugs until that deductible is met.
Your initial coverage starts when the deductible cost is paid. At that time, Medicare will cover part of the cost and you will pay a co-pay, depending on the tier your drug falls in. You may reach a specified limit of initial coverage, after which you will have to pay full price until your reach another limit set by law. It is this gap that is the infamous “donut hole.” Under the Affordable Care Act, you may be able to receive discounts on drugs purchased while in the donut hole.
Catastrophic coverage occurs when you drug costs are very high. After you get through the gap, your share of the costs will drop again, to about 5 percent per drug. This will end at the last day of the year and start over on January 1.
Visit https://medsupsavings.com/wp-content/uploads/2015/07/Part-D-Pie-Chart-2015.docx?x5362 for a chart I created that explains the four phases.

Tiers of co-payment
The list of drugs that are covered or not covered by a plan is called a formulary. It is important to see the formulary of any Part D plan you are considering. There are four tiers that have different payment structures:
 Tier One covers most generic prescription drugs and has the lowest co-pay.
 Tier Two covers preferred (by Medicare) brand-name prescription drugs and have a medium co-pay.
 Tier Three covers non-preferred, brand-name prescription drugs and has a higher co-pay.
 Specialty Tier includes unique, very high-cost drugs and has the highest co-pay.
Check your prescriptions before you choose
There are drugs that must be covered, by law, and some that are not covered in Part D. Every plan must cover drugs in certain categories. Six of these classes are anticancer, anticonvulsants, antidepressants, antipsychotics, HIV/AIDS and immune suppressant drugs.
If you take or need drugs for any of the following, you are out of luck:
 Over-the-counter drugs
 Weight loss/gain
 Cosmetic/hair growth
 Fertility
 Sexual/erectile dysfunction
 Cough/cold
 Prescription vitamins
There are exceptions, if a doctor prescribes them and they are considered “medically acceptable,” but generally, you pay for these categories on your own.
Needless to say, it’s best to consult an expert for Plan D choices. We’re here to help.
Next: What you pay for Part D.

Learn More about Medicare with Videos made just for you.